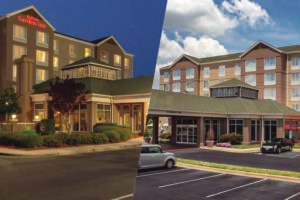 “The Hilton Garden Inn brand continues to be an attractive investment, and we are happy to have found two in this market,” said Legendary Capital CEO Corey Maple. “These particular properties are expected to be excellent performers after we put them through extensive renovations.”

“The Charlotte/Pineville market has so much going for it – everything from corporate headquarters to major universities,” said director of investments Alex Worwa. “The demand generators are all there, and these Hilton Garden Inns will be great additions to the portfolio.”